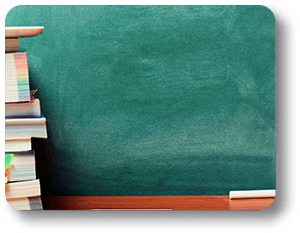 Does your love of video games motivate you to pursue a career in this field? Pursue your passion by learning about the principles of game design through the stages of development, iterative process, critiques, and game development tools. Put these new skills to work by designing your own game!

Unit 1: From King Tut to Mario: A History of Gaming

Have you ever wondered what it would be like to create your very own video game? Well, this unit is going to equip you with everything you need to know in order to start that process! We’ll begin with some important history to help you get a feel for the games that have succeeded and those that were big-time flops. You’ll explore gaming’s “family tree” as you learn about the different generations of games. Finally, prepare to become an expert in the common characteristics that all game systems share, as well as what sets some apart from the competition.

Video games can put you in the driver’s seat of a rally car or dispatch you to a mythical mountain to overcome a dark wizard and steal a dragon’s treasure. You may even have to mimic certain rhythms or dance steps to emerge victorious. No matter what type of video game is at the top of your most-played list, it is sure to make use of six critical elements, creating the unique blend of fun and challenge that keeps you coming back for more. Video games are developed using a variety of elements you will learn about that allow you to create a game that is unique and engaging. Learning these elements and how they combine to form a totally immersive and engaging video game will be your first introduction to becoming a successful game designer yourself!

Unit 3: A Peek into the Game Industry

In big gaming studios, the processes and tasks that go into making a video game require different skills and are distributed among many people, each with specific expertise in design and development. A game design team can range in size from just one to hundreds of people. While you will be doing pretty much everything yourself in this course, understanding all the roles and tasks involved in creating a video game will serve as a useful roadmap when designing and building your own game and considering a career in this field. It will also help you find where your strengths will shine best in the real world! Which game piece will you be?

While getting your game mechanics down pat is the most important task of pre-production, creating a blueprint of your game development process is the most important deliverable. This blueprint, better known as a game design document (GDD), describes your video game from the ground up. It covers everything from the subject, style, nature, functionality, gameplay, mechanics, characters, plot, environment design, and user interface design to the narrative devices of your game. Yes, that’s a whole lot of information in one document! But the great thing about the GDD is that it is flexible. The document exists as your working catch-all for your plans and hopes for your game and, being a living document, can change as you adapt your design and your ideas during the design process. Learning how to create a meaningful and effective GDD, whether working alone or as part of a team, is essential to conveying a clear image of the intended game concept and final product.

Have you ever seen graphics in a video game that made you go “wow”? As you design and build your video game, you’ll have to master a lot of design elements and learn how to combine them properly to get your players to feel similarly wowed. Now, has a game’s menu system or heads-up display ever triggered the same reaction? Probably not, but that makes the design of those things no less important. There’s quite a lot of amazing design going on right in front of you that you may have never noticed! Often, when a designer does something right, it’s feels so natural and easy for the viewer that they don’t realize how much work the design is doing for them! In this unit, you’ll tackle many fundamental visual design concepts that you’ll take with you from the most epic character designs through the most modest menu buttons.

Unit 7: The Business of Video Games

You might think game design is nothing but fun and games, but the business side of gaming is as serious and cutthroat as any other industry, with its own unique ethical and legal considerations. Ignore these issues at your peril! It’s certainly not much fun putting your blood, sweat, and tears into building a fabulous game only to get into hot water having accidentally infringed upon someone else’s intellectual property, or being called out by the media because your game has contributed to absenteeism or other negative behaviors! You’ll also have to develop special skills, such as social media marketing, to find new users and make your game go viral!

Time to roll up those sleeves and move into the development phase. Imagine you were the first person to ever create a video game, say a hunting game like the Nintendo classic Duck Hunt. You would have to write computer code to mimic the laws of gravity, momentum, elasticity, and who knows what else! To make things a lot quicker (and less expensive), developers build their games in existing game engines that have a lot of tools and data already built in. You are going to learn to work with Unity software, one of the most popular game engines, to create the basic elements of your game prototype.