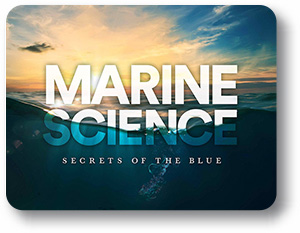 Have you ever wondered about the secrets of the deep, and how the creatures below the ocean’s surface live and thrive? It is truly a new frontier of discovery, and in Marine Science, you will begin to understand a great deal more about the aquatic cycles, structures, and processes that generate and sustain life in the sea. Through the use of scientific inquiry, research, measurement, and problem solving, you will conduct various scientific procedures that will lead to an increased level of knowledge about Marine Science. You will also have the opportunity to use technology and laboratory instruments in an academic setting. By recognizing the inherent ethics and safety procedures necessary in advanced experiments, you will become progressively more confident in your abilities as a capable marine scientist.

Unit 6: The Ocean and Its Populations

The sun, winds, tides, and all the other elements of the ocean do more than just move water around. They also shape the environment to keep a wide variety of organisms alive. The ocean contains different layers, and each layer hosts organisms that have adapted to survive in the specific conditions of that region. Creatures in the deepest layers of the oceans are adapted to live in those depths. The populations there are just a small percentage of the ocean’s residents. Identifying and documenting the species that live in the world’s oceans is one of marine science’s most daunting tasks.

Populations work together within ecosystems. An increase or decrease in one population will directly impact the neighboring organisms. If there is a decline in the seal population, it is likely to cause a decline in the killer whale population because these whales feed on the seals. This is just one way in which every species has a specific function which keeps the ecosystem in balance. These populations are also in competition with each other for the resources within the ecosystem. In many cases, populations have mutually beneficial relationships, and in others, they endanger each other. Populations also increase and decrease in natural cycles, some of which take years. These variations in population are in addition to the many natural factors that can limit or bolster population growth. All of these factors make it hard to say how many fish there are in the sea at any given moment.

Unit 8: Human Interaction and the Environment

There are many factors that impact the environment, and man is one of them. One of man’s biggest threats to stable and healthy aquatic systems is pollution. From industrial accidents to algae overpopulation, many causes of water pollution come from the land. Once pollutants enter the environment, they can impact all levels of the ecosystem. Therefore, if we are working towards a clean environment, we can’t just focus on the problems we see in the water; our focus must be broader. Fortunately, there are a lot of regulations designed to keep clean water as a top priority.

Unit 9: The Past and Future of Marine Science

It is hard to say where marine science began, but the ocean has been the subject of study for thousands of years, as trade records for the Mediterranean Sea indicate. In the nineteenth century, the creatures that lived in the ocean became the subjects of scientific study, allowing marine science to emerge as its own discipline. Since then, marine scientists have explored the arctic regions and brought the ocean into our living rooms through documentaries and films. These efforts have raised international awareness of the issues threatening the ocean. These issues require global collaboration for ethical solutions if we want marine science and the ocean to have a positive future.

Careers in marine science are found everywhere, from the ocean depths to the moon. One of marine science’s most important jobs is to unlock the mysteries of the ocean and then pass this information along so that it can inform policies and practices here on the surface. Without understanding how the ocean works, we will never be able to save its valuable resources. Fortunately, great minds all over the globe are using the scientific method to study our waterways and helping all of us live well on Earth.