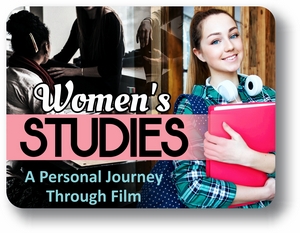 This course, although looking specifically at the experiences of women, is not for girls only. If you are student interested in exploring the world through film and open minded enough to be interested in social change, this course is for you.

Unit 1: Using Film as a Vehicle for Critical Thinking

Critical thinking is a way to approach understanding the world around you, whether in everyday life or for academic purposes. To think critically, it is important to analyze, interpret, evaluate, and explain information in a thoughtful and intelligent manner. A critical thinker has a sense of curiosity and a willingness to examine her perceptions, assumptions, and beliefs. It's important in critical thinking to raise questions and come to considered and thoughtful answers. This course is structured around both written content and film for the purpose of exploring content and fostering critical thinking skills. To approach the films intelligently and with academic purpose, it will be important to use literary terms and apply them meaningfully throughout the various units. In this initial unit, we explore the necessary literary terms.

Today’s women have a radically different sense of opportunity and possibility than women had before the feminist movement. A women’s studies course could not exist without the intellectual and emotional convictions of feminism, which is the belief in equality between the sexes. It's important to explore the history of feminism and to consider different forms of global feminist thinking and action. In consideration of that history, you will have the opportunity to reflect personally on fundamental beliefs and values behind the theory of political, economic, and social equality of the sexes as well as the organized activity behind women’s rights and interests. Through the use of film, the applications of feminist thinking will be explored, connecting the situations in the text to personal understanding and experiences. This unit will ultimately serve as the theoretical foundation for the remaining units in the course.

Unit 3: What Is Women’s Studies?

The need for women’s studies courses in academic settings is a result of the feminist belief in raising social consciousness. As second wave feminists responded to the oppression of women in society and became increasingly organized and socially active by taking part in protests and informative gatherings, the public became more receptive to the need for feminism. It's important to consider both the general curriculum and the interdisciplinary approach to women’s studies and to see how it's evolving (in some cases) in relation to gender studies. Crucial to the work of feminists and the curriculum of women’s studies courses are empathy and personal reflection. Empathy will be considered through the exploration of the film Fried Green Tomatoes and when considering the implications of empathy on raising social consciousness and engaging social activism.

Feminism is the response to discrimination against women, but the attitude and practice of oppression is not limited to gender discrimination. To understand the relevance of other forms of discrimination and social action in regard to the women’s movement, it’s important to consider the Civil Rights movement. Beyond racism and sexism are numerous types of discrimination that stem from narrow-mindedness, social and cultural stereotypes, and an imbalance of power that results in prejudice because of a person’s age, social class, abilities, religious beliefs, and sexual orientation. As society grows frustrated by the abuse of power and becomes aware of the importance of treating all of humanity with empathy, equality, and mutual respect, the world grows increasingly inclusive, celebrating differences rather than segregating or oppressing because them.

Unit 5: The Nature or Nurture Debate

The debate as to whether the characteristics of each gender are predetermined or cultivated through life experiences is an important issue to consider in women’s studies. It's worthwhile to address where notions of what it is to be a girl come from and how those ideas impact the experiences to which girls are introduced and exposed. Children’s literature has an undeniable influence on its audience’s social awareness and understanding of moral issues as well as gender roles in society. Young girls are susceptible to the ideas conveyed through the literature to which they are exposed, so it's relevant here to consider some of the messages about the expectations of women in society suggested through Disney’s animated films, a well-known and popular creator of content for children worldwide.

The power of socialization is not to be underestimated. It gives strength, affirmation, and control over the stereotypes that often shape our roles and identity in society. Within society, there is an undeniable social hierarchy that promotes a certain status to some and discriminates against others. This system of valuing and empowering certain groups while alienating (isolating) and disempowering others is grounded in stereotypes and labeling that are ultimately restrictive and that limit the experiences and opportunities of individuals. Within this hierarchy, beauty has an undisputable importance. Unattainable standards of beauty are set by society, projected by the media, and internalized by individuals, which inevitably have a negative impact in some very serious and detrimental ways. As is social consciousness, media literacy is an essential component in feminism because it encourages society to look closely at the idealized concepts of what it is to be a girl and how those definitions are damaging and destructive in their impact on gender roles and identity for young girls and women.

Although stereotypes clearly limit and hinder us socially and individually, there is also a sense of security and comfort that comes from identifying with commonly shared ideas. Eve Ensler looks at the ideas of security in another talk she delivered at TED Talks. This speech will serve as an active viewing exercise for considering the content of the unit and the course thus far and for personal reflection. Eve Ensler is a fitting speaker for this unit, in particular, because of the nature of her feminist social activism, which has placed her in the positions of both role model and mentor. These are two critical components for changing social and cultural stereotypes. Progress in any form requires risk takers—people willing to challenge the expectations and roles with which society has restricted them.

Unit 8: Those Who Inspire and Empower Social Change

This course has attempted to inform you of the various forms of adversity apparent in the lives of women and other members of society throughout history and in contemporary culture. The obstacles of stereotypes, labels, prejudice, oppression, and socialization restrict and limit the opportunities of individuals as well as the possibilities for humanity. In this unit, the focus is on those who have faced their own adversities and gone on to be inspirations to others. Reflecting on the contribution of these historical icons is not meant to overwhelm, but rather to inspire. The qualities necessary to make a difference in the world are within each one of us. Individually, it's extremely unlikely that a person would reach the level of fame or even recognition of the individuals included here; however, the desire to influence the world around us, to better humanity and our society in some manner, relies on determination, perseverance, and passionate ideals.