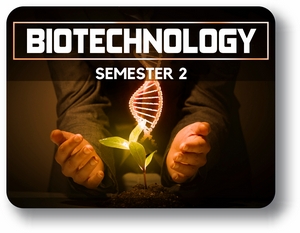 The fusion of biology and technology creates an amazing process and offers humanity a chance to significantly improve our existence, while simultaneously creating new challenges. In Biotechnology 1b: Unlocking Nature’s Secrets, you’ll build on your knowledge from Biotechnology 1a and learn how this field seeks to cure such deadly diseases as cancer and malaria, develop innovative medicine, and effectively feed the world through improved agricultural systems. Learn about some of the challenges biotechnology faces today, such as the growth of antibiotic resistant bacteria and questions about the safety of commercially produced genetically modified organisms (GMOs). You’ll research new biotechnologies and learn how they are changing the world we live in, including the environmental benefits of industrial biotechnology.

Unit 1: The Discovery of Antibiotics

Antibiotics revolutionized medicine. For the first time, the medical profession had a tool to combat infection, reduce the risks of surgical operations, and prevent many medical complications, like scarlet fever and gangrene. From the early research into penicillin to modern antibiotics, the existence of anti-bacterial drugs has changed medicine and altered the course of human life.

Agricultural biotechnology has moved far beyond early experiments in hybridization, leading to higher yields of food, less labor-intensive food production, and reduced famine throughout the world. Advances in biotechnology and botanical science have created plants that produce more, in less time and with fewer resources, through hybridization and early efforts at genetic modification.

Having developed the technology to sequence DNA, researchers began to contemplate creating a complete map of the human genome. This project would eventually involve laboratories around the world, working together to create a complete map of the 3 billion bases in the human genome. With this data, new projects and research began, looking toward a genetic understanding of cancer, various diseases, and genetic variation between individuals.

Industrial biotechnology offers environmentally friendly, renewable solutions to a number of industrial problems. Enzymes, fermentation and the manipulation of other biological products can produce various products, ranging from biofuels to polymers and plastics. Enzymes can replace chemicals, reduce waste, and reduce energy use in the production of various consumer and industrial goods, from paper to laundry detergent. In this unit, you will learn about various applications of biotechnology in production, industry, and manufacturing, while looking at other applications of the genetic technology studied in past units.

Modern agricultural biotechnology is centered on genetic technology and genetic modification. The use of transgenics allows scientists to combine genes from different organisms to achieve desirable traits, from pest resistance to increased vitamin content. These changes are often controversial and may not be accepted by the public. While a great deal of discussion about genetic modification and genetically modified organisms, or GMOs, continues, they are a prevalent part of the food supply, particularly in the United States.

Unit 7: The Future of Biotech: Innovation

If you want to be part of a highly innovative industry and change the world, choose biotech! The biopharmaceutical, agricultural, and environmental segments are out-pacing and expanding faster than other industries, including electronics and technology. Let’s take a look at these three sprawling diverse segments to get a better idea of how they’re positioned to alleviate pain and suffering and help save our planet.